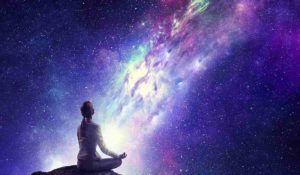 If you do not know what the Ascension is, it is basically the progression of consciousness through different levels or dimensions. I have my own view of it and don’t really follow what is written elsewhere since I rely on my guidance for information about these things.We have been mostly in the 4th Dimension for quite awhile now.

If you know something about what is termed “Ascension”, this will easily make sense to you.

I was given a glimpse two days ago of how we are moving into the 5th dimension. I had visions in the late 90’s about the 5th dimension in which I was told that people are moving in and out of it. What I am seeing now is that many more of us are spending more time there and it is changing our society in what may seem subtle ways.People are most likely not aware that they are spending time in the 5th Dimension, but the uplifting, ecological, unifying ideas are coming from there.

I was told that moving into the 5th Dimension is happening so that it seems “ordinary”. While the news is full of political harangues and violence as if nothing has changed, many subtle changes are happening without many noticing. You may have noticed that laws about animal rights are recently getting stronger. We will soon see that we are only part of the world…our non-human peers are equally deserving of respect and love as well as all of life.

As we move more into the 5th Dimension, there will be many widespread, harmonious changes. Oddly, the world will be cleaner, people will eat much more lightly (less focused on dense, animal-focused foods), people will be more harmonious with each other as we won’t see others as enemies quite the way we do now, healing will occur faster and developments in healing methods are now being made that will continue to increase that make healing what are now terrible diseases very easy to cure. I saw a table with something like plasma light changing the molecules in a person’s body, bringing about quick and easy healing.

Alternative energy is quietly taking over. People who would like to keep gender as a simple polarity are seeing a huge change in gender expression which was shown to me in the early 90’s as something that was coming. The purpose of the gender fluidity is to put the focus on a person’s spirit and not on how he/she/they should conform to strict societal standards. The idea of all of us being spirits first and embodied humans second will become more apparent as time goes on. This is also an example of us moving out of polarities and more into fluid complexities that allow for many different expressions of life and being.

Money will eventually become something for everyone to use and for no one to hoard. We are not there yet, but many other things I was shown that seemed beyond my comprehension have come to pass as shown. Sadly, I received these first visions of the 5th Dimension around the same time I was told of all the catastrophes that were coming, which had not come yet. For example, the fires, the deadly storms, the terrorism etc. had not yet come to pass in the way that they have now.

There will be no big splash or boom when we are mostly in the 5th Dimension. Something I was shown in the late 90’s by my guidance is that even those who endorse regressive, repressive or violent policies around the world will be pulled into the 5th Dimension along with the rest of us! They will come later as the force of numbers and momentum will simply pull them in. There are so many of us who are the way showers, the light workers, the ones looking ahead. Keep your eyes on the path ahead and do not concern yourself with the horrors of the world you see in the news.

I have my own personal Facebook page and I have my opinions and concerns about the world that are expressed there, but I am also fully aware of what is happening on a bigger level.

Also, we are being watched and guided. Many compassionate beings watch us with love and are helping us in the dream state, in subtle communications during the day that you may easily dismiss, but nevertheless are there.